Did you know that Iceland is called "the land of ice and fire"? If the ice refers to the great glaciers, what do we mean by fire? An essential part of Iceland's amazing nature are the volcanoes and their effects on the surface, the lava. Discover the underground world in Iceland joining the best tours to enter volcanoes or lava caves, an experience from another world. Now you can even get close to a real volcanic eruption in Iceland!

Can I get to see the eruption of Fagradalsfjall volcano in Iceland?
Yes, the eruption of the Fagradalsfjall volcano in Iceland is still active and you can book the guided tour departing from Reykjavík to get there. There is also an helicopter tour available. It is not advisable to go on your own without having the necessary information or measuring instruments since new cracks can open and the polluting gases can increase or change in a short time. Guided tours are subject to the provisions of official authorities. Scientists and the Department of Civil Protection and Emergencies are always monitoring the area closely and inform the guides in case there is any update, so they are always informed.

What is a volcano or a lava cave and how are they formed?
In Iceland you can find different volcanos and lava caves due to the fact that the island was formed during volcanic eruptions caused by the friction of two tectonic plates: the American and the Eurasian. The volcanic activity is still very high, with eruptions happening at least every ten years. The lava caves and tunnels have been formed with the lava from volcanic eruptions thousands of years ago. When a big eruption happens, the lava flows from inside to the surface, then, when the top layer cools down a tunnel is formed through which the glowing lava passes. Fortunately, now you can visit some of these lava caves and tunnels, like Vidhelmir or  Raufarhólshellir. But not only that! You can also enter a real volcano, but fear not! It is a dormant one. Thrihnukagígar Volcano has been inactive for 4,000 years and now you can take a trip to its depths.
What are the lava caves like in Iceland?
Every lava cave in Iceland is different. Many lava streams flow thorough them making them vary greatly in size and shape. For example, in Thrihnukagígar Volcano you can descend to the bottom (120 metres); Raufarhólshellir is one of the longest lava tunnels with a depth of 1360 metres where you can see beautiful ice sculptures that are formed every winter; and Vidhelmir cave has amazing colors and rock formations. And these are not all, you can find different volcanoes and lava caves all around the island, so keep reading and choose your favourite ones to include them in your trip to Iceland.

What are the best volcano or lava caves to visit in Iceland?
Here you have the best examples of the "fire side of Iceland" and where to find them. All these volcanos or lava caves are only possible to enter by booking a guided tours which you can see above. You will receive all the necessary equipment and you will be accompanied by an expert English speaking guide:

Thrihnukagígur volcano: This inactive volcano is located around 30 km from Reykjavík. Here you can probably have one the most amazing experiences in Iceland, as you can actually take a trip to the depths of the volcano. The descent reaches a depth of 120 metres and allows you to walk through its magmatic chamber. The dimensions of the interior of the crater are incredible and the colors have a truly fascinating intensity. This volcano has been inactive for almost 4.000 years, so don't hesitate to join the incredible tour inside the volcano.

Raufarhólshellir lava tunnel: This lava tunnel is less than 30 minutes by car (about 30 km.) from Reykjavík and is accessible by all types of vehicles. The lava trail was formed during the Leitahraun eruption, which took place east of the Bláfjöll Mountains approximately 5,200 years ago. The lava tunnel is up to 30 meters wide with a height up to 10 meters, making it one of the largest lava tunnels in Iceland. Near the entrance, the ceiling has collapsed creating three beautiful columns of light within the tunnel. In addition, every winter spectacular ice sculptures are formed inside the entrance, making the experience of entering the lava tunnel even more interesting.

Vidgelmir lava cave: Located near Langökull glacier, specifically in Borgarfjörður, very close to Húsafell (West Iceland), this is the largest and one of the most beautiful lava caves in Iceland. This cave features a series of amazing colors and lava formations that will blow your mind. Thanks to its select lighting and accessibility, everyone can now enjoy the breathtaking beauty of Vidgelmir Lava Cave. If you are planning to go through the West Iceland, remember that you can also visit the ice tunnel at Langjökull glacier and this amazing lava cave on the same day. In only a few hours you will have the full "land of ice and fire" experience.

Vatnshellir lava cave: Do you want to feel like the characters of Jules Verne's book, Journey to the Center of the Earth? The legendary writer located the Center of the Earth at the Snaefellsjökull volcano and glacier, a truly magical place. Although you actually cannot go inside that volcano, you can enter an amazing lava cave in the same area. The Vatnshellir Cave is an 8,000-year-old lava tube created by the volcanic eruption of a nearby crater. When the lava rushed down the hill into a river of lava, it began to cool at the surface, creating a crust on top of the river of lava. When the eruption stopped, all the lava from under this crust continued to drain. That eventually left behind an empty tube with a roof on top that gradually cooled down. This lava cave is located in the south of the well-known Snaefellsnes Peninsula.

Lofthellir lava cave: Lofthellir cave is located in the north of Iceland, not far from Mývatn lake area, where you can visit many different interesting geological sites. This magical lava cave houses the largest natural ice sculptures known in Iceland. The entrance is narrow (approximately 1.5 m), so you will have to get on all fours to enter. The floor of the cave has ice and water and the temperature inside is around 0 ° C, so come well dressed!

What can I do in or on a volcano in Iceland?

If you are travelling around Iceland on your own, you can always combine the volcano tours with other activities. For example you can visit Vidgelmir lava cave in West Iceland and continue to Husafell to take part in the ice tunnel or snowmobiling tour at Langjökull glacier. You can enter Lofthellir lava cave in the north and then see all the wonders of Lake Myvatn (and enter the geothermal baths or even joining a dogsledding tour!). On the other hand, Raufarhólshellir lava tunnel offers different tours, including a night lava tunnel tour so you can combine it with the hunt for the Northern Lights. If you are staying in Reykjavík, you can always choose a combined tour from the capital, like the Snaefellsnes Peninsula tour with lava cave, to enter Vatnshellir lava cave and visit the most interesting places in Snaefellsnes, or the Into Ice and Lava adventure tour to enter Vidgelmir lava cave and the ice tunnel at Langjökull glacier.

From where do the volcano tours in Iceland depart?
The Thrihnukagígur volcano tour is offered departures from Reykjavík. You can even book the VIP experience and arrive there by helicopter departing from Rekjavík domestic airport. The Raufarhólshellir lava tunnel Iceland is possible to visit joining a tour from Reykjavík or  getting there on your own. If you want to enter Vidgelmir ice cave, you can book the Into Ice and Lava adventure tour from Reykjavík or go to the location in West Iceland on your own. To visit Lofthellir lava cave you will first need to get to Mývatn, North Iceland so you will need to rent a car and travel at least one week around Iceland to make the full circle. Regarding Vatnshellir lava cave you can join the Snaefellsnes Peninsula and Lava Cave tour from Reykjavík or get there on your own while you are around the Snaefellsnes area.

What is included in a volcano tour in Iceland and what should I bring?
The temperature at the lava caves can be colder than outside and the floor can be slippery so bring warm clothing like waterproof jackets, pants, hiking boots, hats, gloves, scarves, sunglasses and of course, a camera.

Can I enter the lava caves on my own in Iceland?
All the lava caves we have talked about here are only accesible by booking one of the guided tours above. Entering a lava cave can be dangerous and therefore you an only do so with an expert tour guide. It is true that there are several caves that you can visit on your own in Iceland, like Maríuhellar or Gjabakkahellir but unless you are an expert on caving and you go with the locals, we strongly recommend not doign it. And of course, don't forget the right equipment (head torch, helmet, hiking boots, etc.) to enter a cave if you decide to do it on your own (in the guided tours the helmet and head torch are provided). 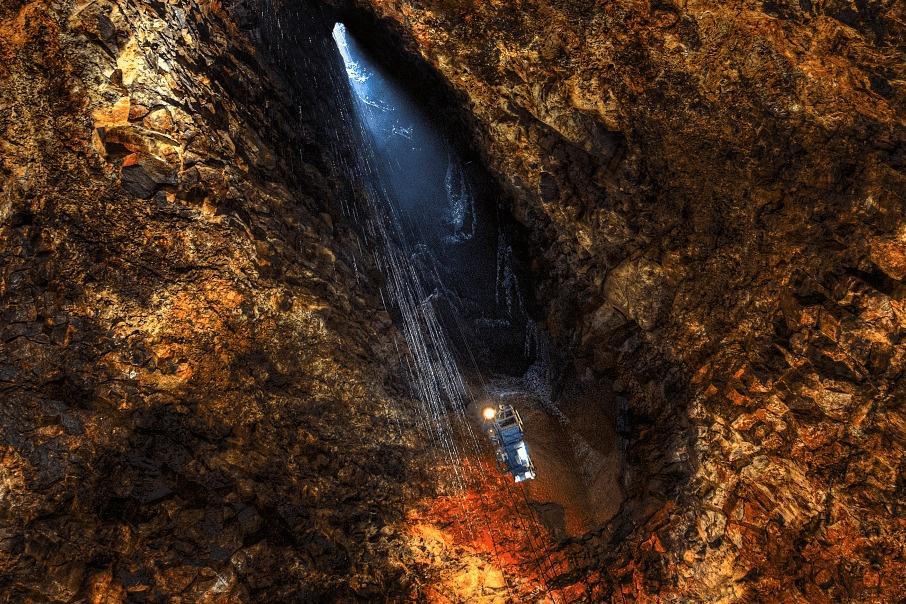 Pictures from the Volcano tours in Iceland:

Important note: All activities in the Icelandic nature are carried out under the own responsibility of the clients. ISLANDICA s.r.o. is not responsible for any accidents that may occur during the activities or due to the actions of the participants. The people who participate in these outings are accepting these conditions when booking a tour. ID 847